Doctor NotSoMuch: Or how I learned to stop theorizing and love the bars 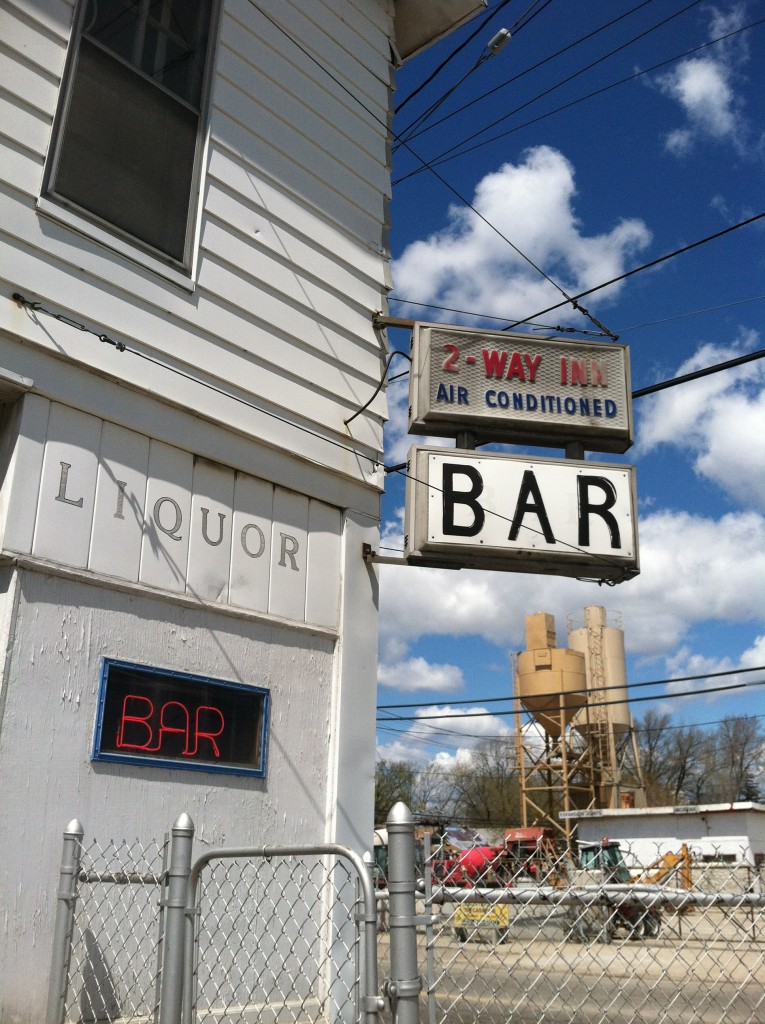 A little shy of two years ago, about 2/3 of my way through a PhD in Victorian Literature, I packed up my books, papers, and my dog and moved back from the East Coast to Michigan. I’d no idea what I was going to do for money other than a month-long fellowship in Texas and some bartending (which, fortunately, is a recession-proof skill, unlike teaching college). I stumbled into a job researching and guiding tours in Detroit, and I loved it. I loved both the research and the guiding: for once, I got paid a living wage to learn and to teach. I was teaching to an interested, paying, adult audience on a moving bar. What more to love? Still at the time, I had every intention of finishing the dissertation on 19th century British literature and art theory.*

Then a funny thing happened. I’d spent 6 years investigating critical theory and mastering the jargon of graduate studies. By this time, I had a pretty decent mastery of the linguistic acrobatics required to argue some complex (sometimes torturously so) concepts. But in practice I’ve always been more of an investigator than a theorizer. Once I had a job exploring Detroit history, I couldn’t stop. I don’t need to tell you how fascinating Detroit’s 300+ years of history are, and soon the dissertation sat forlornly in a dusty corner of my office. Gradually it was shoved unceremoniously aside as I added piles of books and ephemera regarding Detroit. As a Victorianist, I gravitated toward the city’s 19th century history, but the more I researched and the more I learned, I think—THINK—the more I found my niche. You see, thanks to the work of some other brilliant and talented Detroit historians, Detroit’s pre-automotive history has been written about very well. And the car stuff really never rang my bell. On the other hand, social history when Detroit was the fastest-growing city in the country? The day to day lives of folks who were entrepreneurs, or who worked long hours in a job that hadn’t existed 10 years previously, who laughed and drank and hung out at the bar with their buddies just like we do? That stuff fascinates me. And, maybe not too surprisingly, I found myself most attracted to the stories of folks who bent the rules a bit, but not too violently. The folks who were just looking to have a good conversation, but weren’t necessarily all that concerned about what time of night that happened, or whether that beer was technically legal. So I started digging into Detroit’s rule-breakers in the 20s and 30s.

I mentioned the bartending, right? Turns out, if you have a passion and training as a researcher, combined with a questionable habit of hanging out at old but interesting bars, combining the two is a novel approach that just might yield some interesting and new results. My habit of shamelessly begging bartenders for information about their bars produced some pretty surprising information. The kind that “everyone knows” but no one’s bothered to think about too much, or that no one really finds unique because that’s just the way things have always been. Like this:

I got a call late one Sunday night from Abick’s Bar, one of my very favorite places. They’ve been in the same family for well over a hundred years, and the place, barring the occasional 1980s Coors Light sign with a ski bunny and the ubiquitous wood paneling that everyone’s grandpa decided was necessary in the 70s, was virtually unchanged. And nothing—nothing—ever gets thrown away at Abick’s. So a trip down to the basement for shot glasses often turns into an impromptu archaeological dig. That night, they’d gone deeper. Literally. The owner was working on some plumbing and found an odd hole in the bathroom paneling. This led to a previously unexplored crawl space. That led to Steve, the skinniest guy present, being shoved unceremoniously into the crawlspace to find out what those shiny things in the back corner were. (Incidentally, this is when I got the call: they were hoping I would go down there. I’m equally glad and disappointed that I couldn’t race down, since that would mean I was likely the first person in that space in god knows how long).

The shiny things turned out to be some very old glass bottles, including a Wolverine seltzer bottle. They also found that Pond’s Kill-A-Kol crate. Pond’s was a Chicago-based cough syrup manufacturer that got busted in 1916 for putting way more than the legally allowed amount of booze in their tonic. Starve a fever, drown a cold, I guess. Half-buried in the decades of dirt and stuff, too, were two large whiskey barrels:

God knows how long they’ve been there, or how long it’s been since they’ve been touched. What we do know is that one of them still has liquid in it, and that they’re not going anywhere anytime soon. There’s just no way to move them, short of hoisting the 100+ year old building. And that’s okay, because I know they’re there, and we didn’t know they were there a few months ago. It proves that SOMETHING was going on at Abick’s during the dry years of Prohibition, since there’s really no other reason to have this crawlspace or store those items in such an inaccessible spot. This is real history, history that you can touch if you’re willing to hold your nose and brush off some dust. Material history, if you will.

Bars combine social history, material theory, cultural studies, labor studies, political history…you name the academic discipline, it’s likely happened in a bar. So I’m willing to defend my so-called research practices against all comers. And I’m always more than happy to walk into a new-to-me bar, so long as it’s quite old and maybe a bit shady looking, but promises to provide good conversation—so long as you don’t mind me staring wordlessly and maybe awkwardly at the back of the bar, the ceiling, the floor, the corners, and the light fixtures.

This strange convergence of theory and practice and plain old barflyness have led me to this: I’m working on a book. It’s not an aesthetic theory treatise, and Kant, Burke and Ruskin don’t have much place here. But I promise you that the book will have some entertaining stories about life in a bar, back in the good-or-bad old days, and some real research based on scholarly precepts, if rather unorthodox in its implementation. I don’t have a book title yet. Suggestions are welcome.

In the meantime, I’ll update this blog with stories of my adventures in research (like the time I went to an undisclosed location in Detroit with a bunch of cops and that’s about all I can tell you except that it totally WAS a speakeasy, or the time I got thrown out of a house because my innocent nerdy self was taking too many pictures and the owner got totally skeeved out). This is, I guess, what happens when an academic walks into a bar.

Super special, you’re awesome, thanks to Dan Pantalleresco of the Two Way Inn for setting this site up and maintaining it for me. Next week we’ll talk about how wicked haunted and weird their history is.

*the dissertation title, in case you were wondering: “Seeing Sympathy: Aesthetic Theory and Victorian British Women Writers”. As they say here, oofta.